I'm Not Mad At God

In the course of 40 years of pastoral shepherding I've met many people who are mad at God.  They usually aren't willing to admit it.  But after you get them talking, it bubbles to the surface.  They can't believe that God let this thing happen to them.  They assumed that loving God would insulate them from all suffering and harm.  They are shocked to learn that regular church attendance and giving did nothing to prevent calamity in their lives.  Like I said, they won't admit it, but they are ticked off at their heavenly Father.

Several side effects usually accompany anger with God.  Prayer stops.  Giving dries up.  Worship wanes.  Church attendance becomes sporadic.  Bibles get dusty from non-use.  What was once a warm and close relationship with God becomes a silent cold war.  Angry people know better than to reject the Gospel.  But they quietly harbor resentment towards God and they keep their distance.

These people remind me of the contrast between Job and his wife.  You know his story.  God blessed him abundantly and singles him out when Satan tells about his surveillance of believers on earth.  "Have you seen my servant Job?  There's nobody like him. He not only talks the talk, he walks the walk."  Satan smugly points out that this is only because Job has experienced health and prosperity.  "Take it away," says Satan, "and he will curse you to your face."  God says, "OK, test him, but don't take his life."

Job loses everything in a matter of days.  10 children, his business, his wealth, and eventually his own health - all gone.  Job's wife is mad at God.  She keeps it simple - Honey, "Curse God and die."  She invites Job to get good and mad at God....like she is.  She had it.  She couldn't stand to see her husband suffer like this, especially after seeing his devotion to God.  I've met many "Job's wife" Christians.  They just want to be done with the suffering and die.

Job refuses his wife's advice.  He calls her a "foolish woman!"  Listen to what he says in Job 2:10 - "Shall we receive good from God and shall we not receive evil?"  And then, in one of the strongest affirmations of faith in the Bible Job says: "Though he slay me, yet will I trust Him!"  Job is not mad at God.  He has questions for God.  But He isn't mad at him.

For the past year, I've experienced things I never imagined God would allow in my life.  I'm not Job, but my losses surprised me, as I'm sure his surprised him.  It started with a colon perforation and abscess that put my life at risk and hospitalized me for 9 days.  After a month of heavy duty antibiotic treatments, I came down with C. Diff - a highly infectious diarrhea.  I experienced a second colon flare up a month later and went back on antibiotics.  Eventually, my surgeon recommended colon re-section surgery.  Thankfully, the surgery was successful.  But at the same time as all of this, I was dealing with the potential of losing my position of Senior Pastor at a church I served for 32 years.  8 months after my initial hospitalization, I lost my position at the church and faced the challenge of setting up a "retirement" even though I wasn't retiring and didn't plan to at this time.  Since then, both Jan and I have had heart symptoms, including troubling chest pain, and been assessed with nuclear stress tests and other diagnostic exams.  Loss after loss after loss.

Yet through it all, I have not been mad at God.  I've been mad at God in the past, but not this time.  This time I've trusted God, even though I have been disappointed in people at times, I've never doubted that God is in this with me.  It feels good to say, "I'm not mad at God."  Here are some of the reasons why:

1) I've felt God's presence in the midst of my suffering on so many occasions, at home and in the hospital, that I could not doubt that He was working.

2)  God raised up hundreds of prayer warriors to join us.  Jan and I have felt it and repeatedly say, "Someone must be praying for us right now."

3) Nearly every time we read the Bible for devotions, we feel as though the Lord is speaking directly to our situation.  What amazing spiritual nourishment He provides.

4) The medical care we've received from doctors, nurses, and technicians has been stellar.  Some of them have even become friends.  God sent us who He wanted us to meet.

5) Peace.  Yes, the "peace of God that passes understanding" has been incredibly real in the midst of several crises.  The problems often remained, but peace filled our hearts.

6) God sent some amazing encouragers to us.  A card, a phone call, a text, a home visit, a meal, or just praying with us in our home - encouragement is alive and well in the family of God.

7) I don't blame God for our circumstances.  Yes, like Job, I believe He permitted them.  But we live in a fallen world.  Sickness and disease and relational disruption are all the result of the Fall, not some devious plan of God to target us for attack.

If you're mad at God, I get it.  But I hope and pray that my list will inspire you to eventually feel and say, "I'm not mad at God."

Father's Day stirs all kinds of emotions. Endure it or embrace it, though not all men are fathers, we all have fathers. None perfect. Some absent. Most cherished. One day a year, we cheer our dads and wish them well. God put it this way, "Honor your father..." (and your mother, of course.). So what does honoring dad look like? Some, in heaven, we honor with old photos and social media memories. Some, still with us, we shower with cards, gifts, and hopefully, some grilled meat. God established a role for a man, not only in biology, but also in shaping and guiding his family. Honor your dad today, if you can. And if you can't (I know the pain in some of your hearts), then at least pray for the faithful fathers you know and ask God to give them the courage and strength to be the kind of dads God wants them to be! Happy Father's Day, dads! For nearly one year, I have been sitting on the bench.  God, the Sovereign Coach, decided to place me on the sidelines after 40 years of preaching and teaching.

My health challenges were accompanied by vocational challenges related to my calling as pastor in a church I served for nearly 32 years.  The church leaders and I agreed to separate after months of anguished attempts to reach agreement on the future direction of the church.  In the end, we couldn't agree.

So, I have been sitting on the ministry bench.  Uncomfortably.  I want to be in the game.  I want to fulfill my calling.  I love preaching and pastoring.  But if the Coach says, "PB, take a seat," you sit down whether you like it or not.

Looking at ministry from the bench has been intriguing.  I've been observing the game without playing.  I have a few observations that might relate to some of you who are benched right now:

I'm hoping to get off the bench soon.  But that isn't my decision.  I ask the Coach every day whether I can go back into the game.  He sees me sitting on the bench, leaning forward, and itching to get back in the action.  But only when He says, "Hey PB, you're up," will I jump off the bench and get back to my calling.  I'd appreciate your prayers for wisdom and patience. #NotDoneYet

Six years ago, I discontinued my blog, after six years of trying to keep up with regular blogging.  One thing I know about blogging is that if it's not fresh, it's not read.  Life circumstances and church responsibilities were making it nearly impossible to keep up.  Additionally, I felt that keeping up with a blog was one pressure I didn't need in my life.  So, I stopped.

During the six years of blogging (2005-2011), I received incredible support.  Regular readers provided regular encouragement and interaction.  I enjoyed the process.

I know the world has changed.  It's now a Twitter and Facebook world.  140 Twitter characters seems to be all people have time to read.  If a Facebook post goes much beyond that, it is skipped over.  Social media is fast-moving and noisy.  Yet something stirs in me whenever I recall my years of blogging.  I wrote with others in mind, to be sure.  But I also wrote for me.  It was a creative outlet.  It gave me time to process my own thoughts.  It slowed me down.  It made me more thoughtful and still.  I miss it.

So, with some hesitation, I'm going to dive in again.  After 32 years of ministry in Colorado, I'm no longer in the pastoral position at my former church.  It's not retirement, it's realignment.  I'm waiting for God to show me what's next.  And right now, since I have the time, I'm going to try to resurrect the discipline of writing in my life.  I'll see how it goes, and welcome any of my former or new readers to come along on the journey. 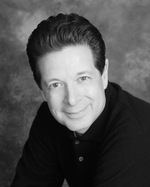